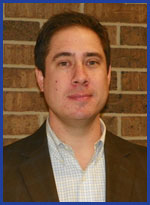 Originally from Marion, Texas, Brandon received his associate’s degree from Connors State College in Oklahoma, then finished at Texas A&M University where he completed his bachelor’s in Animal Science in 2005. He was a member of the highly successful livestock judging team at both schools, concluding as part of the TAMU National Championship team in 2004. Before joining TPPA, Brandon was an instructor in the Agriculture Department at Connors State, and coached the competitive livestock judging team.

As the TPPA state Executive, Brandon’s responsibilities range from staff management to the planning and implementation of policies, programs and budget, which are developed in working closely with the TPPA Board of Directors. He represents and serves as a spokesperson for the association with state and federal legislatures, government agencies, allied industry, and educational institutions to carry out the association’s objectives.