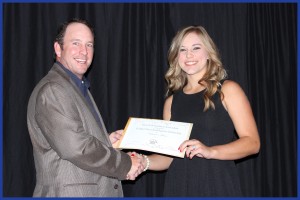 Katie is the 18 year old daughter of Lon & Nicki Adams of Hedley. During Katie’s High School career she was actively involved as a member of the Hedley FFA and Donley County 4-H serving as Chapter President and County President. Katie is also a member of the National Honor Society. Her FFA LDE and CDE and 4-H Team Participations are quite numerous and Katie has participated on the State level in Range ID, Livestock Judging, and Beef Quiz Bowl. Kati’s projects include show barrows and gilts. Katie recently graduated from Hedley HS as class valedictorian. Katie plans to attend Clarendon College and Major in Agribusiness. 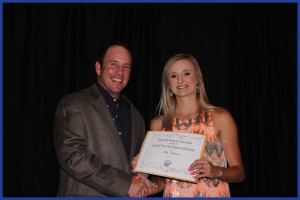 As a recent graduate of Garden City High School, Holly conducted a rather extensive project program that included a swine breeding herd and barrows and gilts for exhibition. Holly is the 18 year old daughter of Scott and Tana Halfmann of Garden City. Holly has served in virtually every office of the Glasscock Co. 4-H including President. In addition to a successful athletic career that included state and regional qualifier status in 4 sports, Holly is a member of the National Honor Society, Student Council, and the Catholic Youth Organization. Holly will be attending Blinn College this fall and plans to transfer to Texas Tech to complete a degree in Agribusiness. 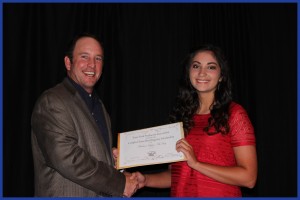 Madison is the 18 year old daughter of Rick and Shela McKay of Plainview. A recent graduate of Plainview High School, Madison was an active member of the Plainview FFA serving as Chapter President and District Secretary. As a member of numerous state qualifying FFA CDE & LDE Teams, Madison’s proudest accomplishment came as a member of the 2012 State Champion FFA Radio Broadcasting Team. Her project program included show pigs and breeding swine. Her numerous school and community activities and memberships include national swine associations and the TPPA; she was also a member of the Plainview HS Student Council. Madison Plans to attend Texas Tech University and major in Ag. Communications. 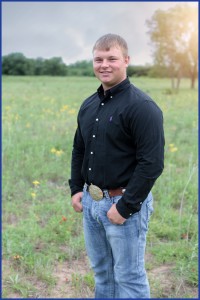 Austin Adams is a junior Animal Science major at Texas Tech University and a recent graduate of Clarendon College where he was on the Clarendon College Livestock Judging Team. While there he received the Knorpp Award, which is awarded to students based on overall academic excellence. He also served as president of the Clarendon College Chapter of Phi Theta Kappa National Honor Society. Austin graduated as valedictorian from Hedley High School where he served at National Honor Society president. Austin was very active in FFA and 4-H all through high school showing barrows, gilts, and steers. He was also a member of the state qualifying livestock judging teams through both FFA and 4-H. Austin will be on the Texas Tech Livestock Judging Team this fall. After graduating with his bachelor’s degree from Tech, he will pursue a master’s degree at either Texas Tech or Texas A&M. 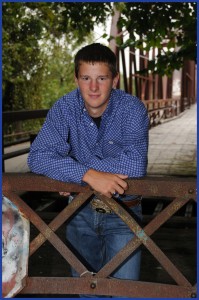 Dakota Crissman is a junior Animal Science major at Texas Tech University. He graduated from Bells High school and Blinn College where he was extremely involved in agriculture. In high school, he showed swine all over Texas, as well as the United States. During his two years at Blinn, he competed on a national winning livestock judging team, was a member of Phi Theta Kappa, and was an active member in the Blinn College Ag Club. He will be a member of the 2016 Livestock Judging Team and plans to attend graduate school following the completion of his undergraduate degree. 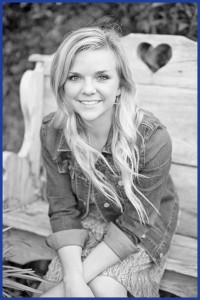 Madison Langemeier is the daughter of Jeff and Ellen Langemeier from Marion, Texas. She is currently a junior at Texas Tech University majoring in Animal Science. She has been a part of the wool judging team and is currently on the meat judging team for Texas Tech University. She was involved in 4-H and FFA in high school and grew up showing livestock. She was a member of TJLA, NJSA and Team Purebred. She served as a junior board director for Team Purebred for two years, assisting in organizing the shows and events sponsored by Team Purebred. 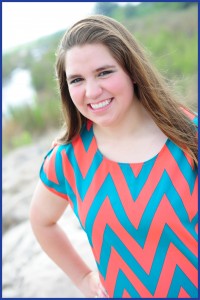 Chama Martin is a junior Animal Science major at Texas Tech University. She grew up in Mason, Texas, where her family raises club calves, sheep, and goats. She was extremely active in 4-H, exhibiting pigs, cattle, lambs and goats across the nation. She was also involved in livestock judging through which she was a member of the 2012 Reserve National Champion 4-H Team. She recently graduated Summa Cum Laude with her Associate of Science in Agriculture from Blinn College, where she was inducted into three different honor societies. While at Blinn, Chama was a member of the National Champion Livestock Judging Team, earning top individual honors at the San Antonio Stock Show & Rodeo contest, and was named to the Jr. College Livestock Judging All American list, all while actively participating in Blinn’s Ag Club. Chama will be a member of the 2016 Livestock Judging Team at Texas Tech and hopes to pursue a career in agribusiness finance upon graduation. 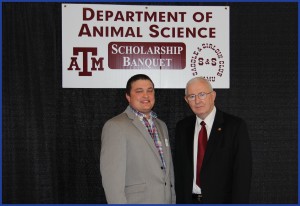 Texas A&M Senior Dakota Moyers was awarded the Dr. T.D. Tanksley, Jr. Scholarship through the Animal Science Department sponsored by the Texas Pork Producers Association. Dakota has a strong family history in the swine industry. Growing up in Newcastle, Oklahoma, Dakota’s family owned and operated Lifeline Genetics, a premier boar stud known for world record setting sires in their barn, along with a 75 sow showpig operation. Dakota was a highly successful member of TAMU Livestock Judging Team, finishing in the top five individually of several national contests, and now assists with the coaching duties as he finishes up his education. This passion for the livestock industry has lead Moyers down the path of wanting to become an Agriculture Instructor and raise competitive hogs following graduation. 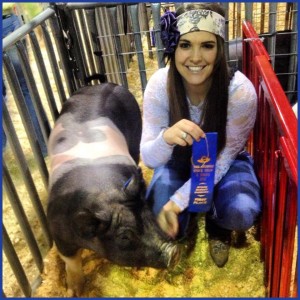 Kathryn “Kate” Jimerson, a Junior majoring in Animal Science, received the Dr. Hesby Scholarship at the Texas A&M Animal Science Department scholarship banquet, sponsored by the Texas Pork Producers Association. Kate grew up in George West, showing pigs in open shows starting when she was just two years old and continuing throughout her grade school career. She also participated in livestock judging, winning the State FFA contest her senior year and representing Texas at Nationals, placing 17th overall and 3rd high in swine. Currently she is involved in Saddle & Sirloin Club and has been the Co-Chair of the TJLA Swine Futurity Show for the past two years. Kate not only loves to fish, read and hang out with her family and friends but enjoys spending time participating in church activities with her family. She too had the opportunity to travel with a study aboard program last summer. Kate also added, “I would not be where I am today without the love and support from my parents, Jay & Ellie Jimerson. They have always encouraged me to do the best I can and God will put all the pieces together.” 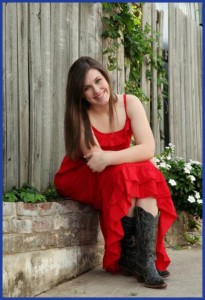 A senior at Texas A&M majoring in Animal Science with a Business minor, Sarah Weiss received one of the Texas Pork Producers Association Scholarships through the Texas A&M Animal Science Department. Sarah grew up in Brenham, Texas where she started showing pigs at the county and major show level when she was eight years old. After graduation Sarah hopes to get her Master’s degree, then continue to a career in the swine industry. “As I was growing up, showing pigs was a family affair that we still enjoy today through my younger brother, Pierce,” Sarah said. “Getting to grow up surrounded by people who love the swine industry was a blessing, and I would love the opportunity to work within the industry someday.” Sarah is a member of the Saddle & Sirloin Club, Texas Aggie Cattlewomen, Central Baptist Church and Camp Lone Star. She also likes spending time with family and friends, traveling to see new things, cooking and Pinterest. 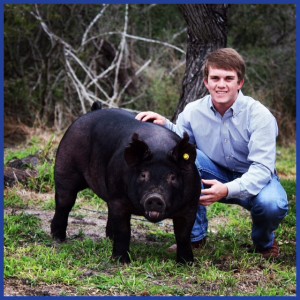 Garrett Wildman, a Sophomore and Animal Science major at Texas A&M, received one of the Texas Pork Producers Association scholarships at the Texas A&M Animal Science Department scholarship banquet. Garrett grew up in Corpus Christi, Texas showing pigs for 10 years at county and major show levels. “I had the opportunity to go on the 2012 TPPA Pork Leadership Camp; it was really a neat experience! I learned a lot about the commercial side of the industry from this trip and it really opened my eyes as to what goes on behind the scenes to process the nation’s pork products,” said Garrett. He is a member of the Saddle & Sirloin Club and the 2014-2015 Texas A&M Wool Judging Team. After studying Garrett enjoys attending livestock shows, sports, fishing and traveling. 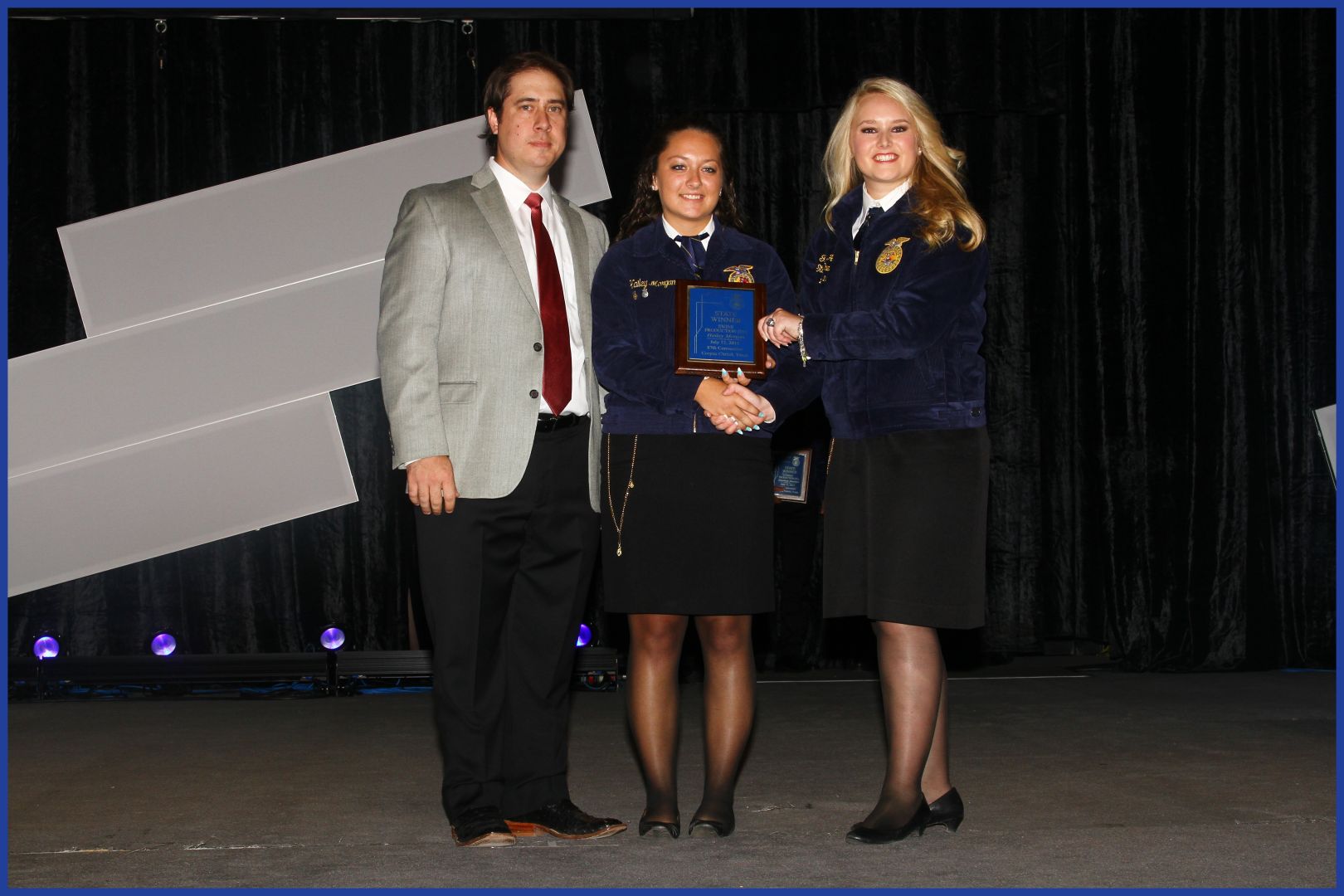 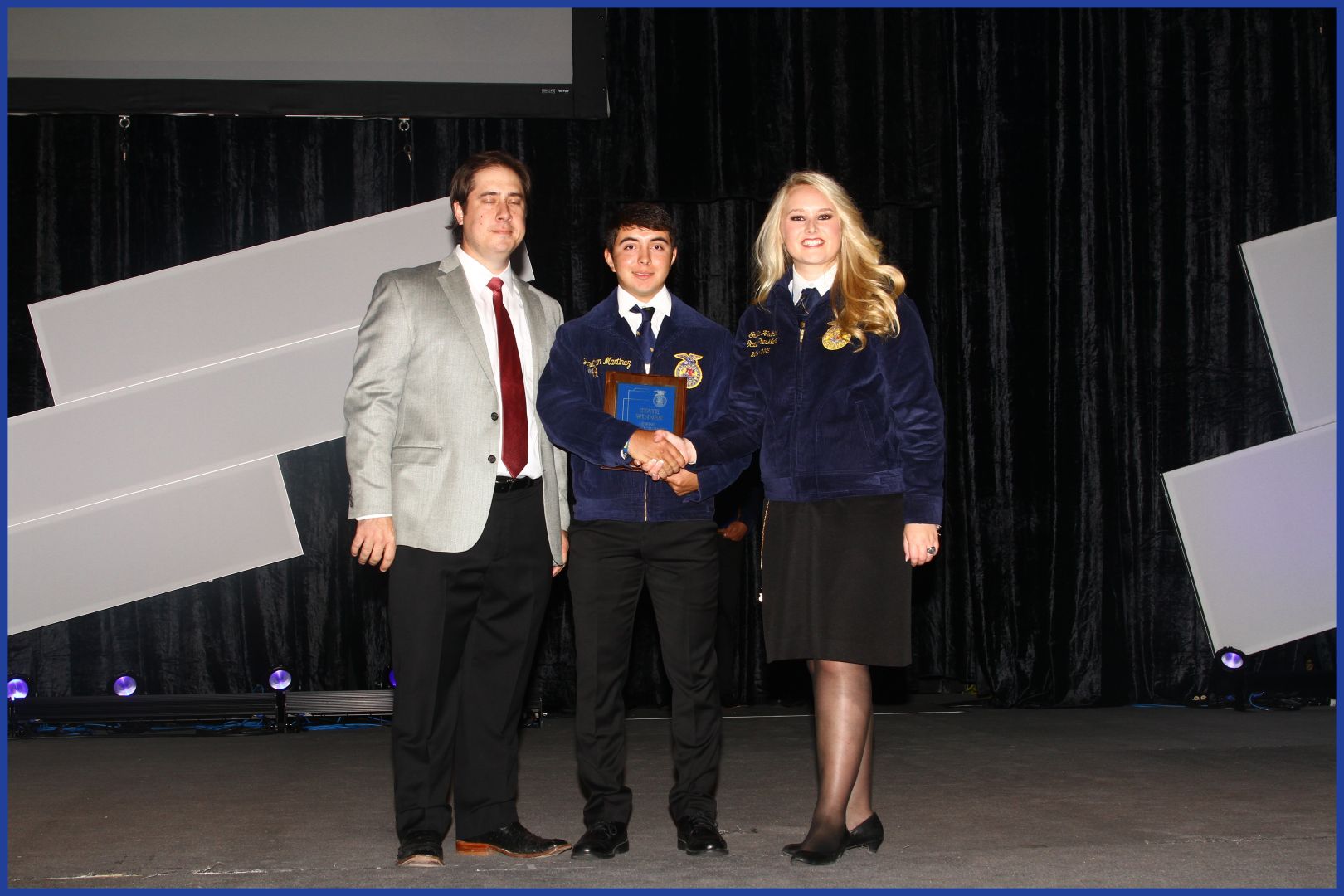 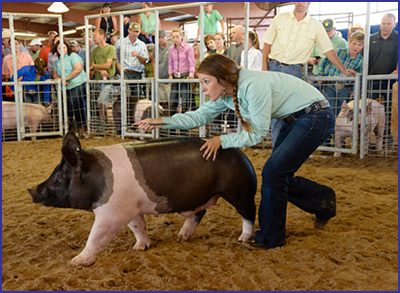 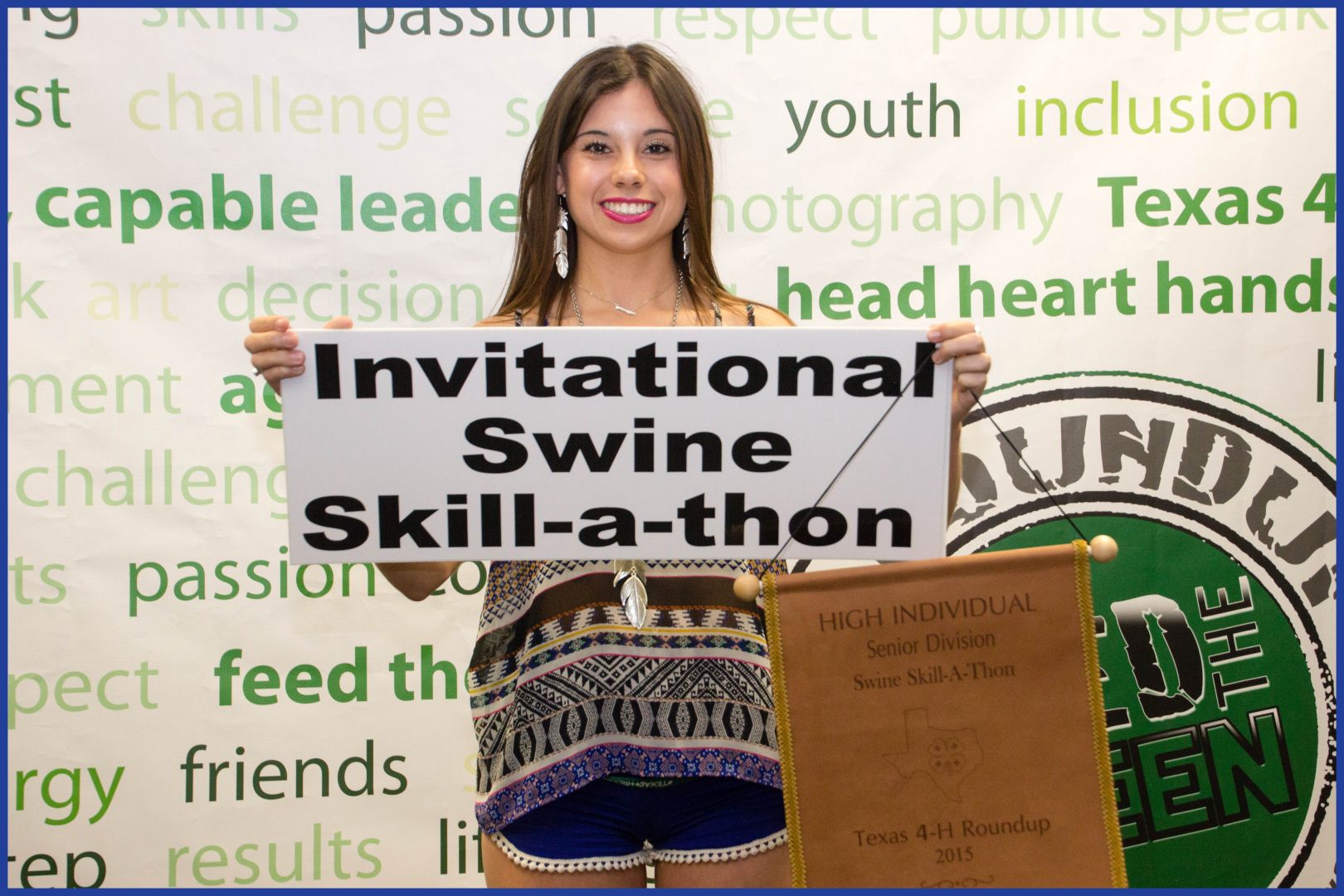 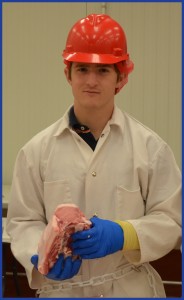 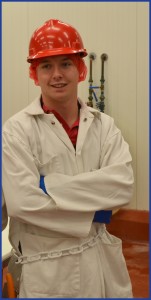